Balagrama is in a village in a rural panchayat (local government district) of Coimbatore, Tamil Nadu, southern India. The district’s population is around 12,000. The majority of the local women work either in farms or in small-scale manufacturing units. Men rarely work, tending to spend time drinking and gambling while their wives support the household. Boys in particular are influenced by this pattern, which has persisted for several generations.
Despite legislation, the caste system remains prevalent — for example, a lower caste person is not allowed to enter a temple built by an upper caste person. The literacy rate of this area is 53%, compared to the national average of 74%, and female literacy continues to be significantly lower than male literacy (46% compared to 60%).
Around one in twenty children drop out of high school every year, often as a result of peer pressure and lack of parental encouragement and supervision. Child labour is another reason for dropping out, when parents force the children to work. Punarnava’s Balagrama hostel helps to provide the much needed support and encouragement for local children to escape the vicious cycle and realise their potential.

Punarnava Ayurveda Trust is a public charitable trust, focused on improving the health, education and welfare of villagers in Thirumalayampalayam Panchayat in Coimbatore, Tamil Nadu, India. In June 2017 Punarnava opened a hostel, Balagrama, to provide a refuge and stable home for young people at risk in troubled homes in the nearby villages. Many of the older village boys were dropping out of school, and following the pattern of their elders, drinking and gambling and not taking care of their families.

By 2020, there were 16 boys aged 8–17 years old living in Balagrama, being supported to stay in education as well as develop new skills and a sense of their potential to be good leaders of their communities. Two of them had left school aged nine and ten to earn money for their household working in a hosiery factory, and had got into bad company, starting to smoke and chew tobacco. Two had HIV+ parents, who live near Balagrama. Two were the sons of a man jailed for assisting in burglary.

The boys in Balagrama are enrolled in the government-run Pichanur High School. The Covid 19 pandemic led to school closures, with classes and notes being moved online. Balagrama urgently needed computers to enable the boys to keep up with their education. The Mandala Trust provided funding for five desktop computers and tables, which have been installed in the hostel library where the children study under supervision and develop their IT skills. The boys are bright and eager to learn, and one of them, Venkatesh, now says he wants to become expert in preventing hacking! 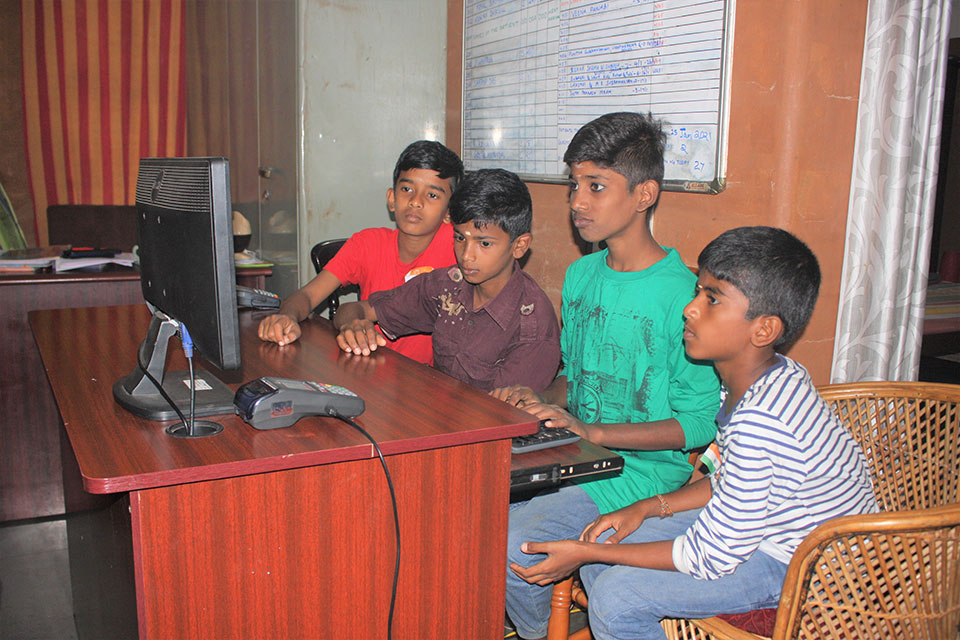 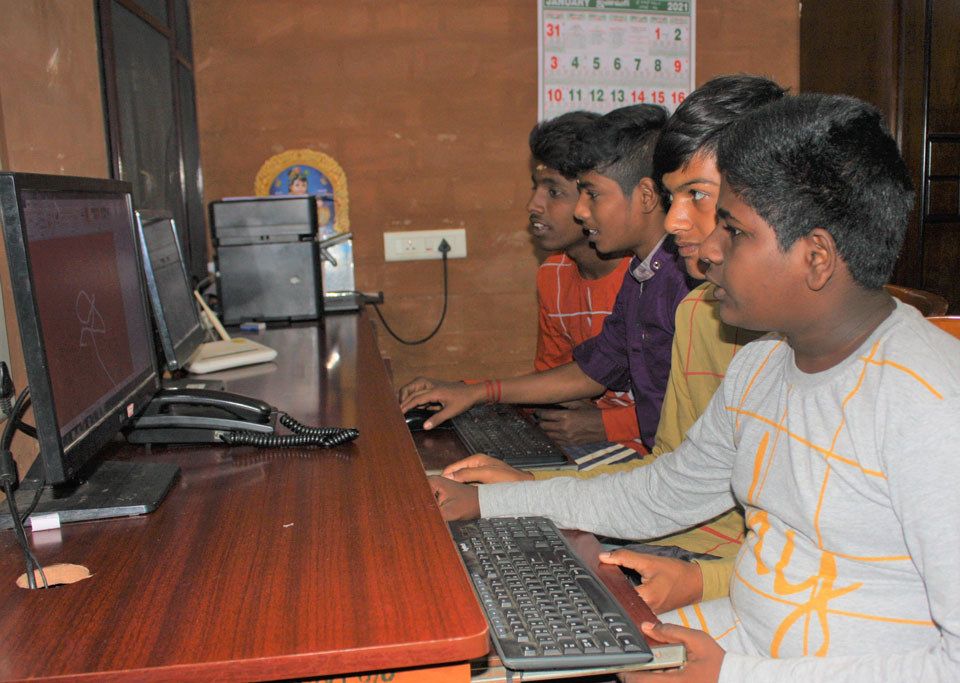 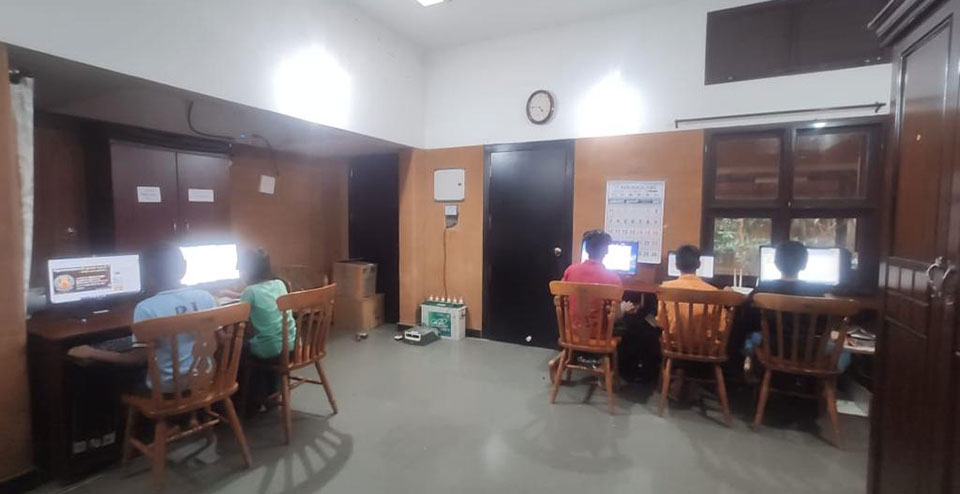 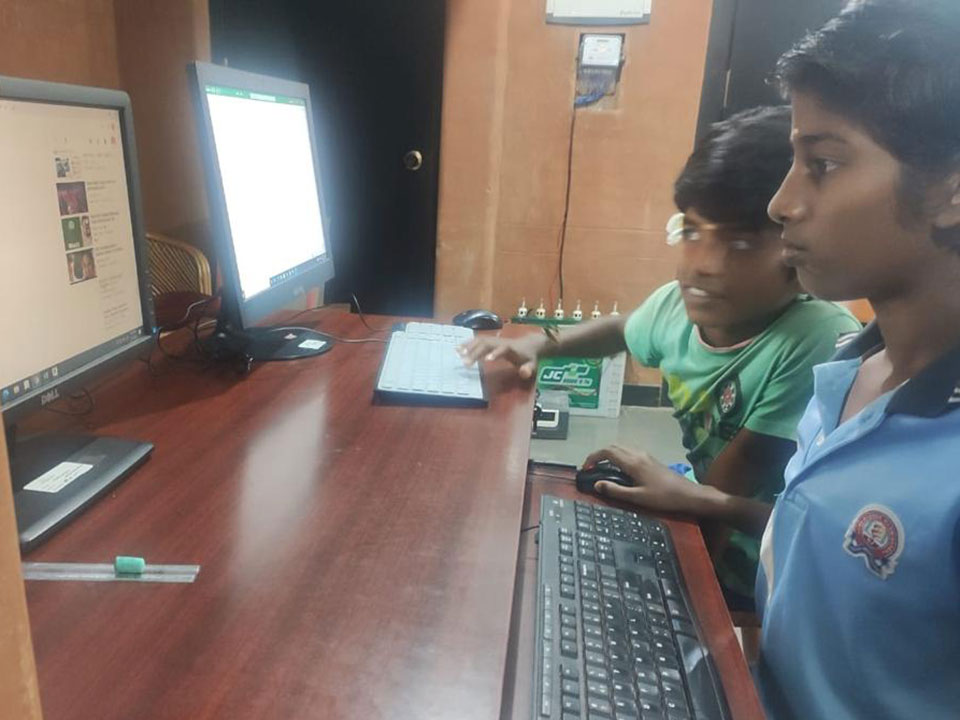 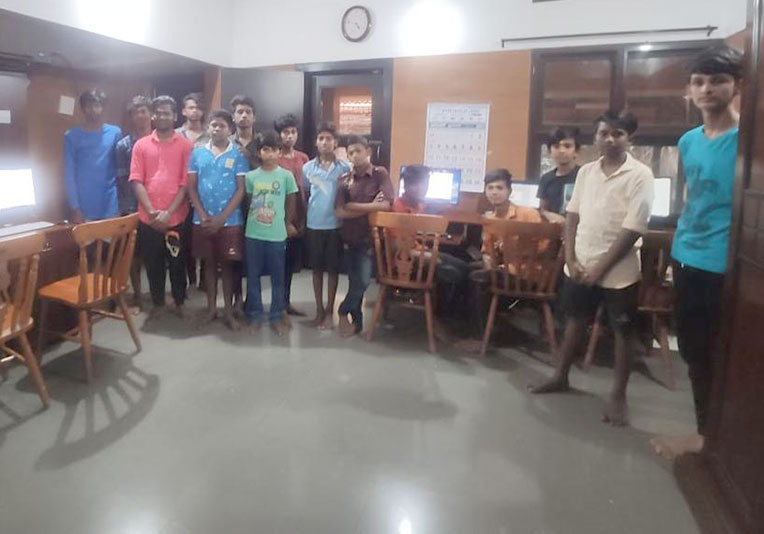