The noble and interesting history of the Mandala Trust

Things were set in motion when a man travelling in India met and became friends with a local man who worked as a shoe wallah. The two would sit together each day on the side of the road as the Indian man worked, drinking chai (sweet tea), sharing stories and eventually becoming good friends. One day the shoe wallah failed to turn up for work; after a few days of this, his new friend became concerned.

Eventually he discovered that this man and his family lived in a nearby shanty town which the local police had entered a few nights before, forcibly dismantling many shelters. The tarpaulin which had acted as a roof for this family was so old it had simply ripped to pieces and the family were left without shelter during monsoon season. In an effort to help, the man purchased a new tarpaulin and bamboo and another temporary shelter was built.

The family invited their new friend for food to express their gratitude. On arriving in the shanty town and witnessing the startling poverty and suffering the man found himself deeply affected. The children were in rags, noses and eyes weeping due to viruses and sores on their bodies caused through infection. Packs of diseased, starving dogs ran in and out of shelters without doors. Many once proud parents had descended into alcoholism and families were splintered. In the midst of this, the man found himself witness to profound humility and generosity from the family who now offered him food.

That night, walking back up the hill from the shanty town towards the lights of the guesthouses and hotels, it struck him that he had to help. He immediately found a phone and called two friends in the UK. That night the three friends made a strong commitment to housing the family of the shoe wallah and immediately set about raising money. 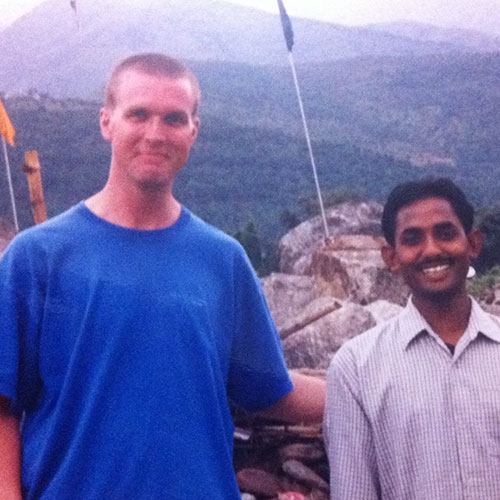 The family of the shoe wallah were housed a year later and are now settled. The children are healthy and attending a local school. The growing group of people involved in the Mandala Trust now found themselves with a registered charity on their hands and set about identifying new projects to become involved with. We were able to build new friendships with local grassroots organisations, initially in India and then farther afield. The Mandala Trust has now supported meaningful work on the ground in over twenty countries across four continents.

We have been in a position to work as partners on meaningful and creative projects with these and many other new friends by raising money in the UK to fund the overseas initiatives. We found ourselves developing a particular interest in helping vulnerable children overseas and eventually became members of the Consortium for Street Children, a UK-based network of NGOs working to promote and protect the rights of street-associated children in the developing world.

We have remained a small organisation that is supported by ordinary individuals from all walks of life, showing spontaneous compassion in their efforts to help others across the world that they may never meet but still feel a connection with.