Years of devastating civil war have led to millions  of Syrians, of all ages, fleeing their homes and their country in search of safety and a viable life. Many have fled to Jordan, which now hosts more refugees per head of the population than any other country in the world, increasing its population by over 6% (equivalent to the UK taking in over 4 million Syrian refugees). Nearly half of the Syrian refugees in Jordan are children.

20% of Syrian refugees in Jordan live in large camps supported by the UN and aid agencies; the remaining 80% receive little or no food aid and no medical support, and do not have work permits. Jordan has also received many Iraqi refugees fleeing Isis-controlled areas; they have no access to UN support or medical care.

Many refugees have moved into already improverished communities, adding to the strain on facilities such as education, training and healthcare.

Syrian refugee children can register with a local government school, but places are limited and the schools are underfunded. Iraqi refugee children are not eligible for any state education. 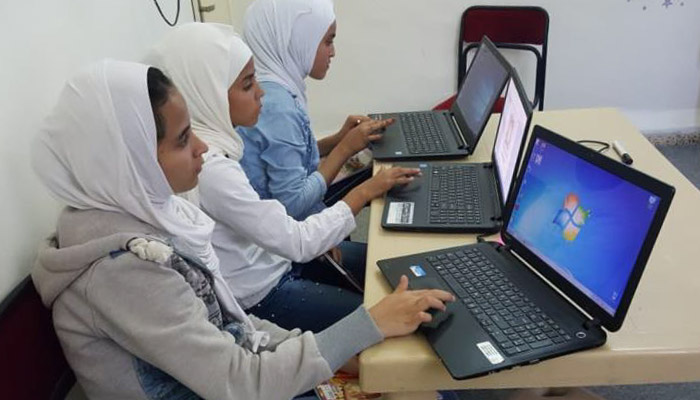 The Mandala Trust is delighted to be working with the volunteer organisation Helping Refugees in Jordan in its inspiring projects to provide high quality, compassionate education for traumatised Syrian and Iraqi refugee children.

One of the many challenges facing Syrian refugee families in Jordan is that of education for their children. Quite simply, there are not enough school places, and resources in the often impoverished areas where the refugees are living are very limited. Helping Refugees in Jordan and its grassroots partners have set up two schools – the Hope School, near Amman; and the Al Rahlan School, in Azraq, a ‘scattered’ school  near to where refugees are working in poor conditions on farms. This school has had to be based in tents, cabins and a rented villa but, thanks to the generosity of donors, HRJ are building a purpose-built education centre on the site.

The teachers in HRJ’s schools, refugees themselves, were trained in Syria or Iraq – as the schools are a charitable project, they are allowed to work here, and their income will be vitally important for both their families and the impoverished local communities in which they live.

The Mandala Trust has been working with the award-winning author of books for children and young people, Elizabeth Laird. Liz and her husband have organised or participated in numerous highly successful and enjoyable fundraisers for HRJ. Inspired and moved by the stories of the Syrian refugee children, Elizabeth has written two gripping children’s novels, both published by Macmillan Children’s Books who have donated 50p from the price of each hardback to HRJ. Her first, Welcome to Nowhere, featured an entrepreneurial boy from a loving family living in Palmyra, Syria, who eventually fled to Jordan. Liz took some of her inspiration from the real life of Maher, now an adult, who works with Helping Refugees in Jordan in a managerial role for the HRJ schools as well as overseeing the delivery of food parcels to refugee families who are struggling with additional burdens such as illness, disability, or trauma affecting their mental health. Her most recent young persons’ novel, A House Without Walls, tells the story of Safiya, a 13-year-old girl from Damascus, who, with her family, is obliged to start a hard new life in a refugee tent in Azraq.

Donations made to HRJ through the Mandala Trust will be used primarily to support the Hope School and also two individual households: a woman who has taken in several war orphans, and a family whose main breadwinner sustained life-changing injuries as a result of torture.

Pictures from Helping Refugees in Jordan 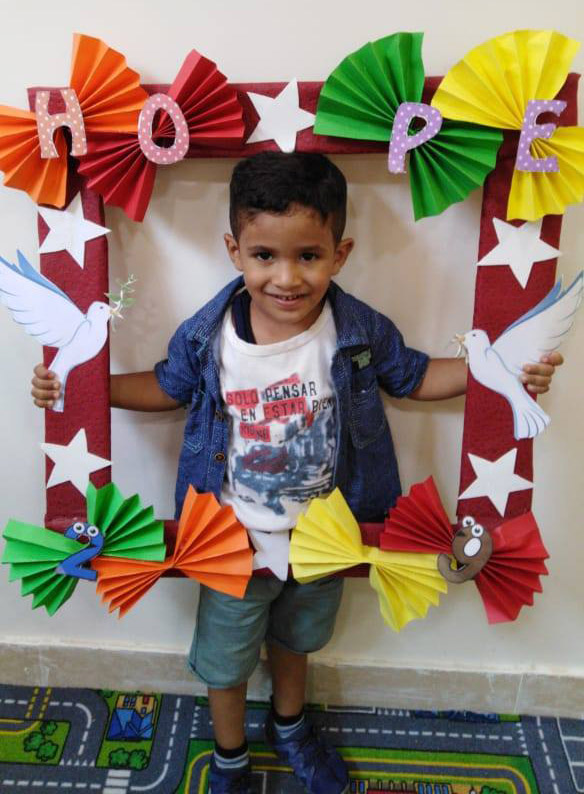 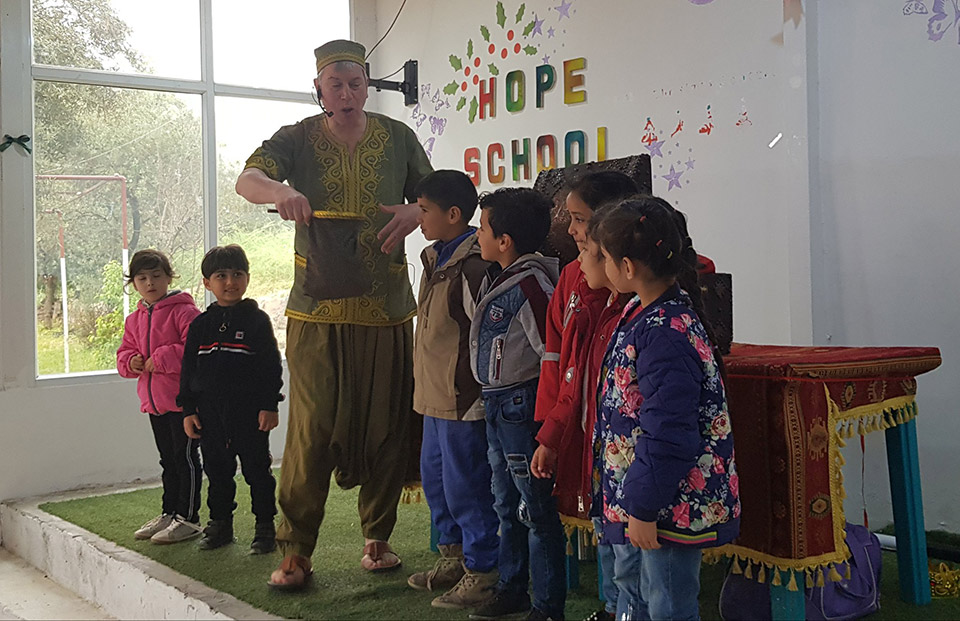 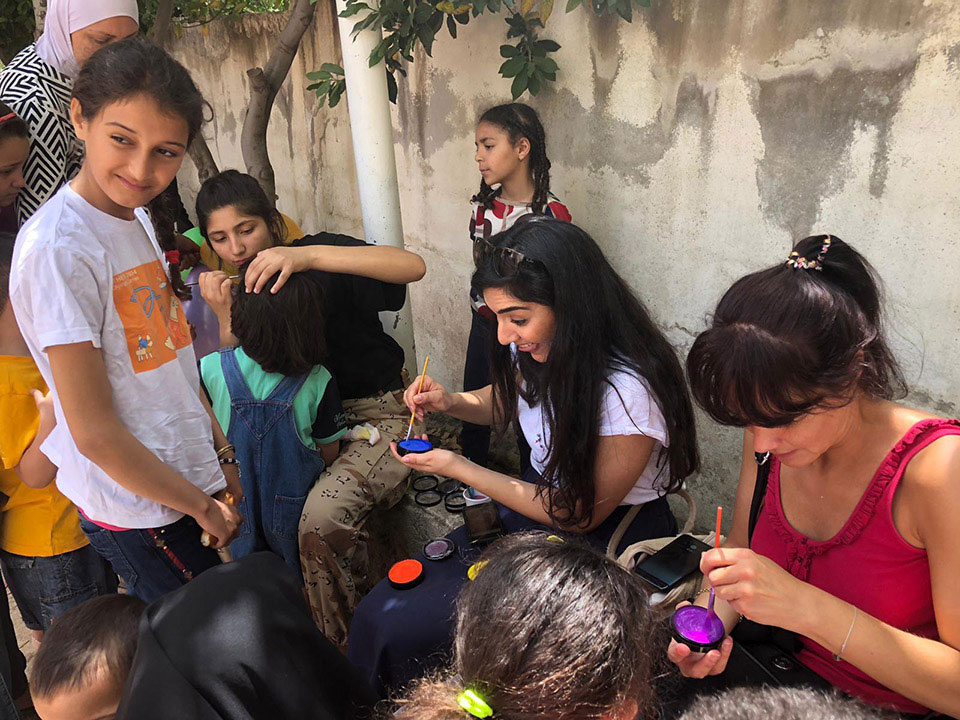 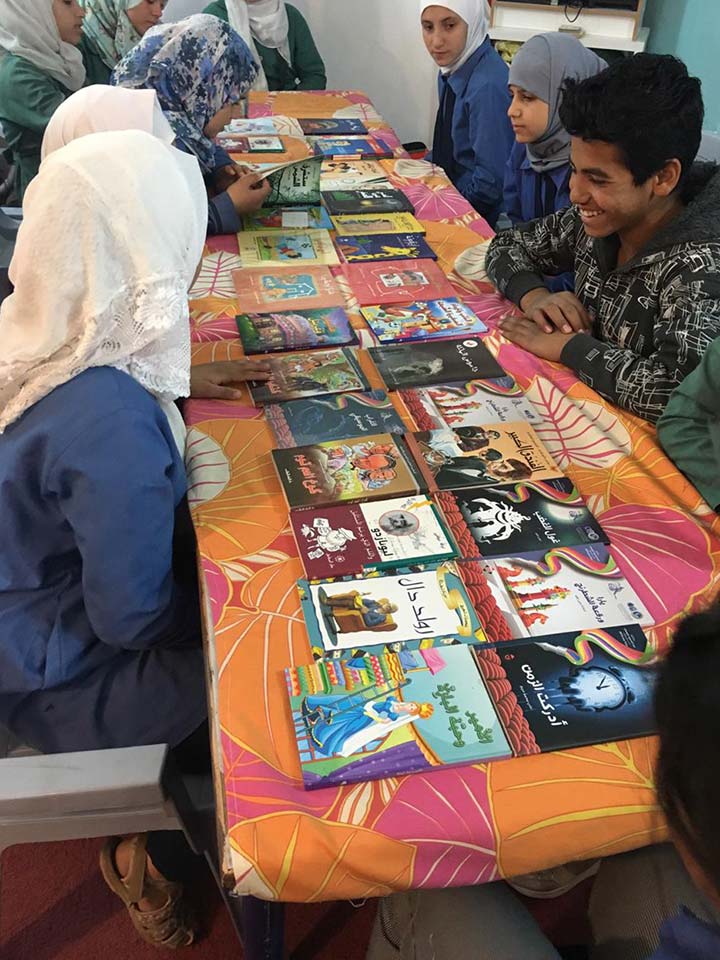