A Khanyisa group during phase 1 of the project

‘There is a word in South Africa – Ubuntu – a word that captures Mandela’s greatest gift: his recognition that we are all bound together in ways that are invisible to the eye; that there is a oneness to humanity; that we achieve ourselves by sharing ourselves with others, and caring for those around us.

‘We can never know how much of this sense was innate in him, or how much was shaped in a dark and solitary cell. But we remember the gestures, large and small – introducing his jailers as honored guests at his inauguration; taking a pitch in a Springbok uniform; turning his family’s heartbreak into a call to confront HIV/AIDS – that revealed the depth of his empathy and his understanding. He not only embodied Ubuntu, he taught millions to find that truth within themselves.’

The Khanyisa Programme is a transformative education project which was developed by Mandala trustee Matt York and Khuphuka Project director Skhumbuzo Mlibeni. Based in KwaZulu-Natal, South Africa, Khanyisa facilitates a programme of workshops with young people aged 13–25 in wilderness settings, partnering with Ezemvelo KZN Wildlife.

The focus of the Khanyisa workshops is Ubuntu, the southern African concept of interdependence – that we can only be human in relation to others and that, through knowing this deeply, it becomes natural to care for and be of service to others. Using Ubuntu as a core theme, the workshop leaders facilitate exercises which explore subjects such as gender, masculinity, femininity, inequality, violence and HIV/AIDS, with an emphasis on personal and group reflection and transformation.

Phase 1 of the Khanyisa project involved a one-year pilot project working solely with young men and boys which was completed in 2013 with an in-depth qualitative research study measuring the efficacy of the approach (you can read the full research article here). The research findings were also presented in the main hall of the South African AIDS Conference in 2015 by Skhumbuzo Mlibeni.

The research study found that the use of culturally appropriate transformative education approaches to masculinity can produce multiple beneficial results. The decreases in gender-based violence and risk-taking behaviour (including sexual risk-taking), and the increased self-esteem, communication, community involvement and participation in household and parental responsibility indicated great potential for the use of similar approaches in work towards gender equality, tackling gender-based violence and in HIV and AIDS programming.

Although the project’s transformative education approaches resulted in positive changes in the gender identities of the young male participants, the study also revealed that engaging in such work in isolation without complementary programmes in other parts of the community – in particular with women and girls – resulted in a significant lack of understanding and a negative backlash from the wider communal field. In order to bring about a sustained social change, Khanyisa’s methods need to be integrated into a much broader whole-community approach. Changes in masculine identities are not in themselves enough.

It was with this in mind that phase 2 of the Khanyisa project was launched. Phase 2 works with groups of both boys/young men and girls/young women – separately at first, and then bringing the groups together in an attempt to integrate the learning across genders within the community. The facilitators and participants also organised youth imbizos (meetings) in schools, community halls and on site at the Khuphuka Project (host NGO) in order to share the Khanyisa methodology on a far wider level.

The aims of this programme and the research it generates are to further the knowledge base within the field of transformative education, and to make this important work more accessible to an ever wider circle of girls/young women and boys/young men, establishing a youth movement informed by Ubuntu and committed to positive social action.

You can download a free copy of the e-book,Transforming Masculinities, which describes the Khanyisa methodology and also includes training resources here.

(Nguini proverb translated ‘I am because we are’)

Pictures from The Khanyisa Programme 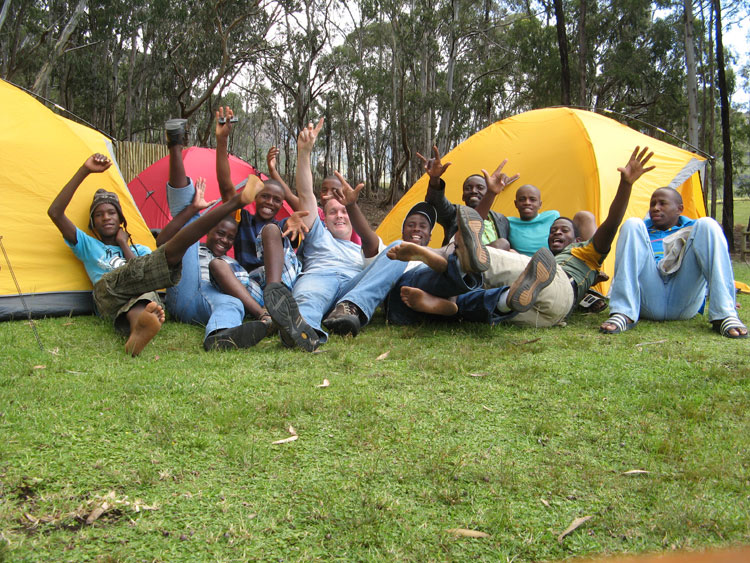 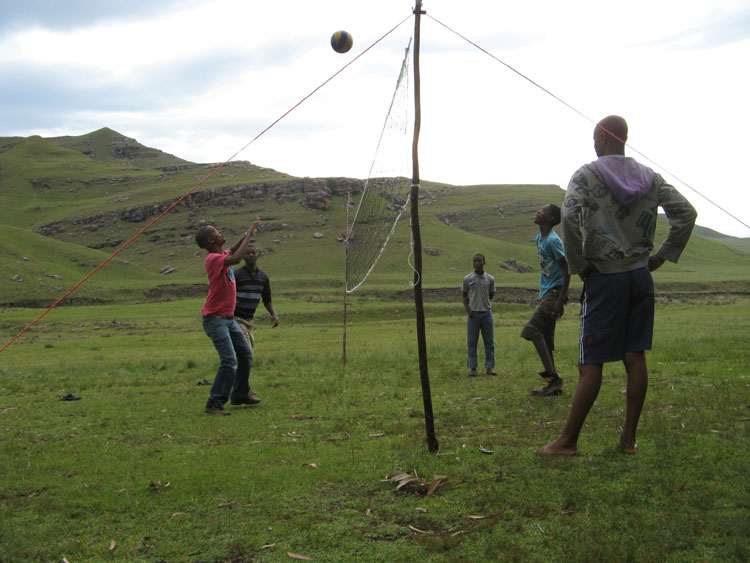 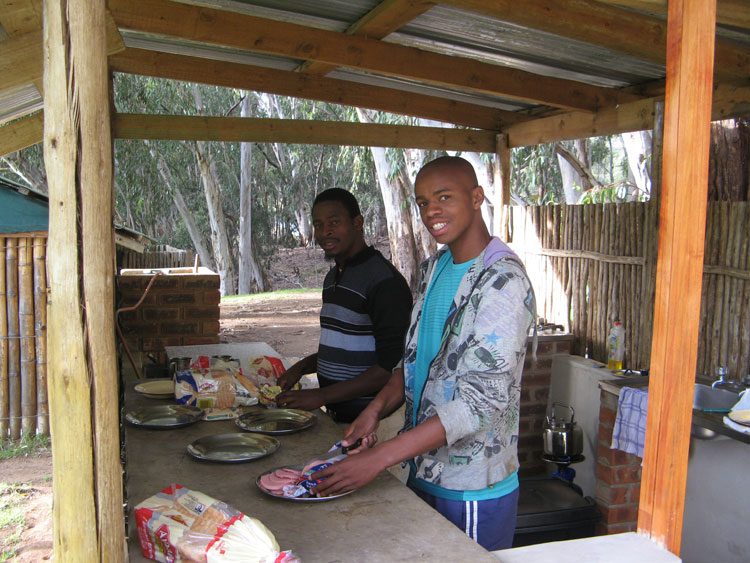 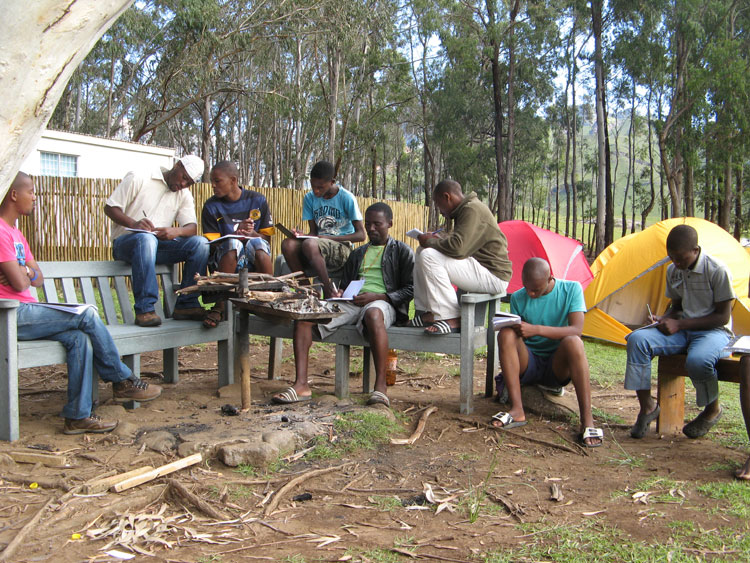 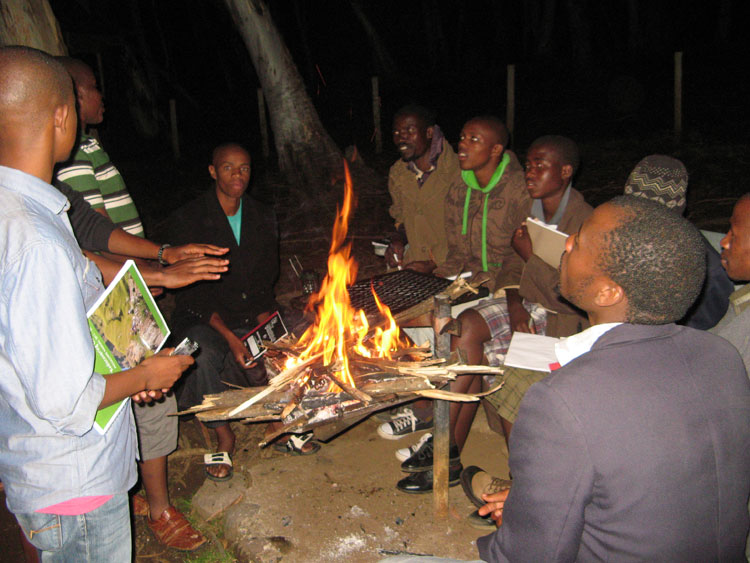 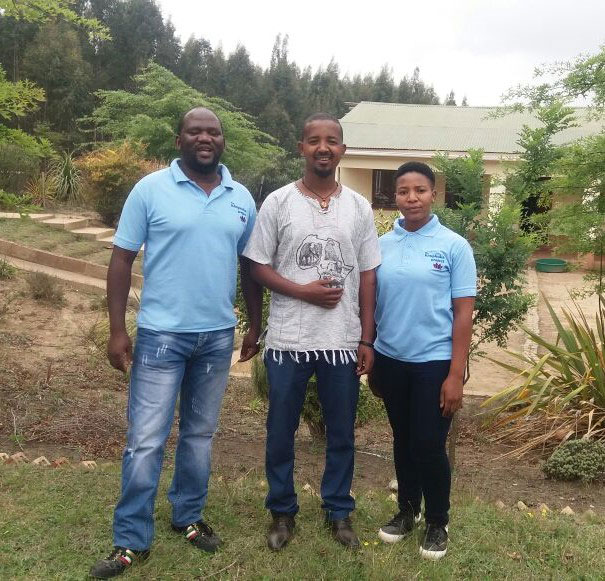