Nearly 4,500 South Africans are newly infected every week; one-third are adolescent girls/young women ages 15-24. Of the estimated 7.2 million South Africans living with HIV, nearly 60 percent are women over the age of 15.

After the early years of denial, the South African government now finances close to 80 percent of the HIV response, an unparalleled commitment in sub-Saharan Africa, and provides more than 4 million people with life-prolonging anti-retroviral treatment (ART).

The Mandala Trust worked with members of London Insight Meditation (LIM), a small independent charity which promotes values and teachings from the Buddhist tradition. LIM raised £25,000, partly by a sponsored walk, which was donated to Khuphuka via the Mandala Trust.

In the remote, rural Mqatsheni tribal regions, poor quality unsurfaced roads mean that gaining access to some areas is dependent upon weather conditions. Emergency hospital trips were impossible if its streams were in spate. Around £10,000 was spent in purchasing a 4-wheel drive vehicle to alleviate this.

The funding also allowed the research, creation and development of innovative HIV and AIDS awareness and education programmes. Quality home-based care services were delivered to those living with and affected by HIV, AIDS and TB. The needs of orphaned or at risk children were identified and appropriate responses developed to ensure their protection. A crèche and playground were constructed. An advocacy service was set up to support service users to access their rights in the areas of health and social security. Food security was addressed through permaculture gardening and emergency food parcels.

Connect with The Khuphuka Project online

Pictures from The Khuphuka Project 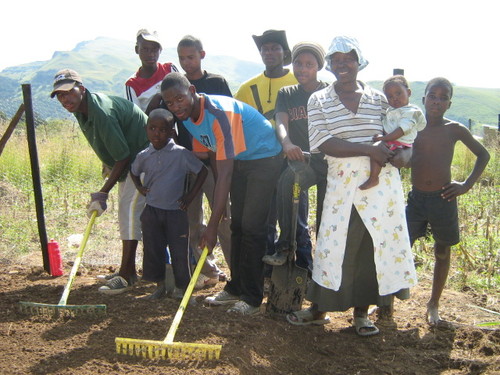 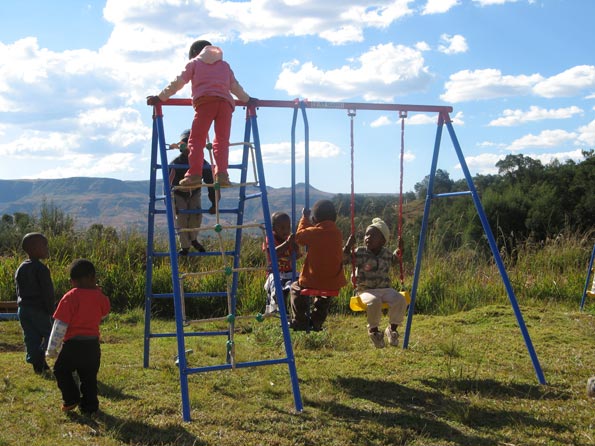